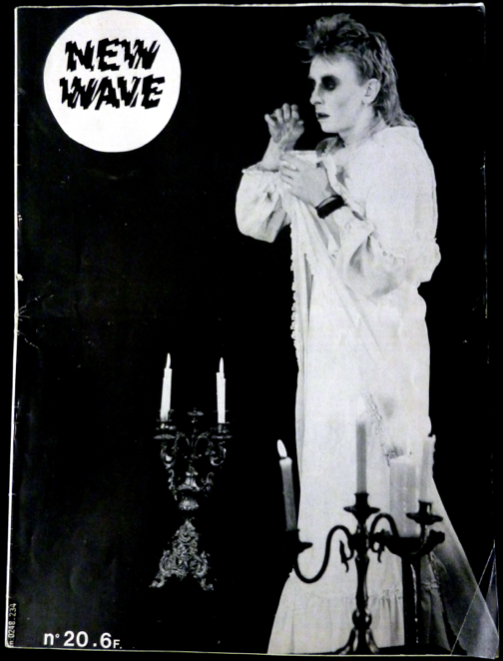 Two-page feature in French ‘New Wave’ magazine, issue 20 from 1983 written by Patrick Rognant. It mainly covers the Prunes’ history, memorable shows and releases interspersed with brief quotes from an interview with Gavin.

“Mary and I got a Catholic education. There are two Catholics in the band and two Plymouth Brethren. Those two (Guggi and Strongman) used to kill Christians in the south of England, so they were expelled from the country. Almost all religions imaginable in Ireland are represented in the band, there’s some from the Church of England, Ireland and even Protestants. But we don’t like religion. We are fascinated by certain aspects of black magic and satanism. That doesn’t not mean that we’re attracted to black magic or witches because we’re not practicing any of that, really!”