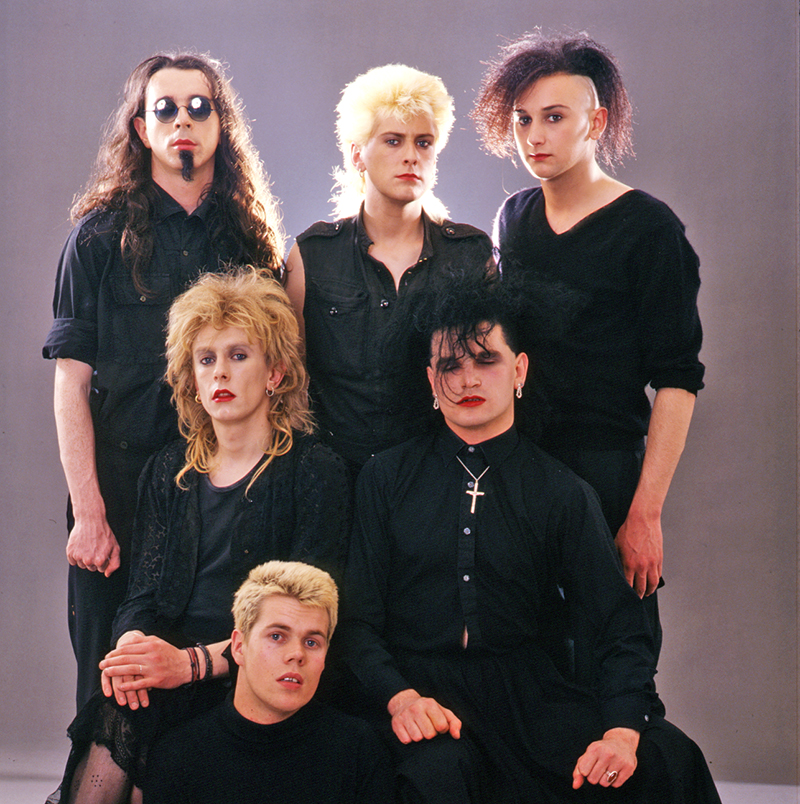 The group had a particular trait of giving new names to the people and things around them, stemming from the Lypton Village ethos of providing an alternative space for self-expression away from the norm of mid-1970s Dublin life.

The group’s name and its members’ names have been explained in various interviews. Other names given by the group include Jigsawmentallama (a character from the Dublin meat packers) and Ulakanakulot (a similar concept to nirvana – a place of beauty and tranquility).

“When we were much younger we used to call a certain type of person a ‘Virgin Prune’. We saw a true and simple beauty in these people – but others classed them as freaks – other people were afraid and ignorant of these people – they called them ‘mental’, ‘spaz’, ‘deformed’ – we used to befriend them and in doing this get to see the real beauty they have… ‘Virgin Prunes’ are the true, beautiful people, they see the world with the eyes of a child but unlike children they are adults – adults who unlike you or me live exactly what they are – UNTOUCHED.”
— Gavin, in “The Faculties of a Broken Heart”, Rolf Vasellari.

“Gavin: At school we used ‘to prune yourself’ for wanking, but that’s not really where it comes from.
“Guggi: Well… I think a virgin prune is… it’s hard to explain what a virgin prune is… but… a virgin prune is a certain type of person. Our manager is a virgin prune and we’re working on a book in which you’ll find a lot of photos of prunes, that’ll give you a good idea. The book will clear up a lot of things we can’t say.
“Gavin: There is a certain kind of mentality, a type of behaviour. It’s probably very common but it stands out in Dublin. A way of approaching sex that is very hmmmppffrr! (Produces series of strange noises.) Like animals, he- and she-animals. That struck us and we related to it in our performances, especially the early ones.”
— Vinyl Magazine interview, 1981.

“The Virgin Prunes? Has anyone ever heard of a prune that’s been violated?”
— Unidentified middle-aged man in TV feature on the Virgin Prunes, possibly 1983. 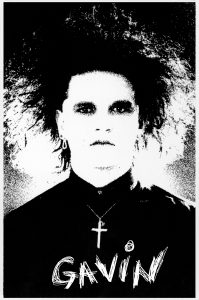 Vocals/performance – 1977-86
also on: Dave Ball’s “In Strict Tempo” LP
The Fall’s “Call for Escape Route” EP & “The Wonderful & Frightening World of…” LP
Coil’s “Scatology” LP
Various “A Dollar For Your Dreams” LP (with The Radiators)
Aidan Walsh & The Masterplan’s “A Life Story of My Life”
Gavin Friday & Simon Carmody
Gavin Friday & The Man Seezer
U2’s “One” EP
“Short Cuts” film soundtrack with The Man Seezer
“In The Name of the Father” film soundtrack with Bono & Maurice Seezer
Jah Wobble’s “Take Me to God” LP
Naomi Campbell’s “Babywoman”
One track on the “Batman Forever” soundtrack with Michael Hutchence
website:
www.gavinfriday.com 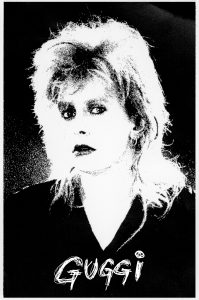 Vocals/performance – 1977-84
also on:
Aidan Walsh & The Masterplan’s “A Life Story of My Life”
Dave-id’s collaboration With Toshiyuki Hiraoka, Bushy Luxuries (The Whole Story)
Guggi went on to be an artist (painter).
website:
www.guggi.com 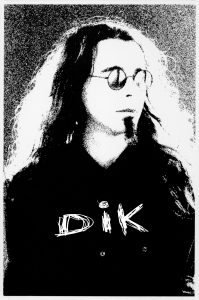 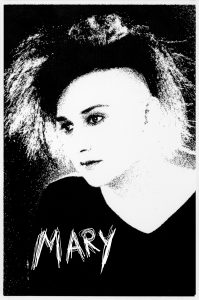 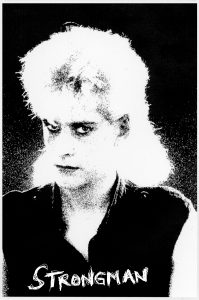 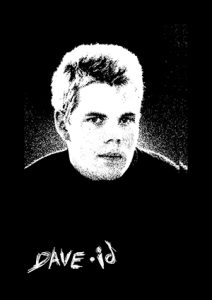