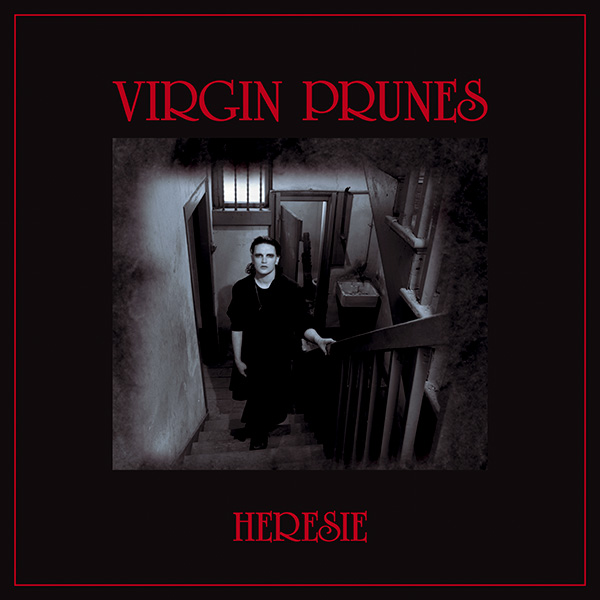 This album was commissioned by Yann Farcy of the Invitation au Suicide label, who invited the Virgin Prunes to create a record based on their personal exploration of insanity and what it might sound like. It was originally released in a limited-edition box set and came out only a few weeks after If I Die, I Die. This brought different aspects of their interests out into the public domain at the same time. Heresie, like the previous A New Form of Beauty, dovetails with the Virgin Prunes’ fascination with the failure of language and the utterances of drunks, street performers and the mentally disturbed. The first part contains seven tracks that were recorded over a lost weekend in June 1982 at Windmill Studios in Dublin, where they wrote for twelve hours and then recorded for twelve hours, capturing the spontaneity and improvised energy they were after. The second part is a live recording of the band playing at the Rex Club in Paris in June 1982 – the concert that had initially inspired Farcy’s invitation.

The first part begins with ‘We Love Deirdre’ and ends with ‘Go ‘t’ Away Deirdre’. Deirdre means ‘melancholy’ or ‘broken-hearted’, derived from the ancient Irish tale of Deirdre of the Sorrows, and these songs explore the human need to repeat assertions of love and intimate connection. ‘Rhetoric’ is a brilliant and punishing cacophony that mixes heavy drumming and base lines with Friday’s mournful wailing. The other four short songs on the album – ‘Down Memory Lane’, ‘Man on the Corner’, ‘Nisam Lo’ and the haunting ‘Loved One’ – all capture the diverse vocalities of derangement, drawing upon Irish folk and other oral traditions. The second part, the live recording, features five of the bands’ most celebrated tracks by this point: ‘Caucasian Walk’, ‘Walls of Jericho’, ‘Pagan Lovesong’, ‘Theme for Thought’ and ‘Come to Daddy.’

The original box set contained five inserts which included the text of a prayer used in exorcisms, excerpts of texts by Georges Bataille, Joris-Karl Huysmans and Gabriel D’Annunzio, contemporary writings by Turnmel and Bergamo, and images of works by Gina Pane, Ken Russell, C.J de Tejada and Ivan Albright.